Yeah, hoardes of people – this pic was taken in peak season. I don’t deny it can get busy down there but if you wait a few minutes you get a shot like this one.

If the parking lot is too busy, look for this path and step away for a good view.

Whilst faffing about on my Trip Advisor page I happened to notice that some people had rated Cape Point and Boulders as ‘terrible’ or ‘poor’.  I was intrigued enough to read further. Since I can’t comment directly on TA reviews I decided to do it here. All I can say is thank goodness the majority of reviews are not as stupid as these:

“My wife and I are from Durban and were on holiday in the cape. Our passion is history so we decided to go down to cape point as there is so much history there. It costs R90 per adult to get into the park. Once you are in there are various routes that you can drive. We didn’t have much time so just went to the lighthouse. At the lighthouse you can either walk or take the funicular to the top the funicular is a further R100 per person. If you have small children or a pregnant wife such as I do, you are forced to take the funicular to the top. The information about cape point was very poor and crowded by bus loads of pushy Asian tourists!!! There were no tour guides etc we could chat to or other information we could gather so overall we just had the views with no pertinent info.”

“Fairly average as a nature reserve, we had a good interaction with some baboons but didn’t see much else. To the East there were other areas around Hermanus that were far more diverse.”

“The flora of this area was great but as far as the Fauna (wildlife) is concerned, we just saw 3 zebras and 5 ostriches and especially coming from Kenya, we were disappointed completely.”

“Everyone told me that this place was a “must see” in South Africa so I went there and honestly, it is not as cool as it seems! First of all, there is nothing to do. The view is nice and if you are lucky enough you will spot some animals (I saw baboons, ostriches and striped-mice) but that’s it. Most of people will just go there to take a picture in front of that huge sign saying “Cape of Good Hope”, which by the way is always full of desperate tourists that will rush you to finish your photo quickly so that they can do the same. Besides, if the weather is bad I wouldn’t recommend going there as the wind can be quite strong (even during the summer!).”

“The landscape in the nature reserve was lovely but I was a little disappointed there were not many animals to see.” 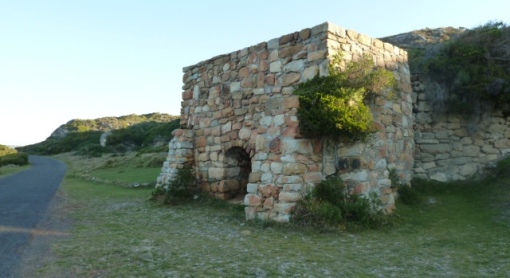 Look at that old lime kiln, right next to a road that nobody bothers to drive down 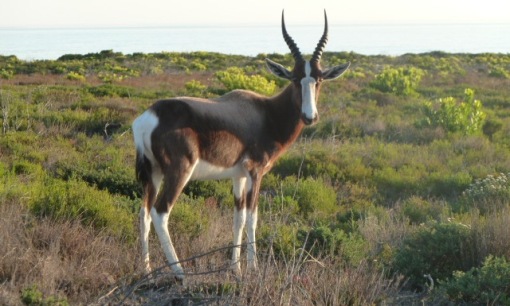 One of the most common sights in Cape Point – a bontebok. Invisible to the naked eye when driving at 70km per hour whilst checking your Facebook or Instagram.

“Was so disappointed here. Please remember you have to pay to get into this place. It’s touristy, you can’t get on this beach unless you go further down the road. Expected to see so many more penguins. You basically stand on a viewing platform to watch & take photos. Things have apparently changed over the years due to tourists taking penguin eggs & sabotaging the area for others.”

“A combined ticket for Boulders and Cape Point should be available for OVERSEAS visitors (the Green Card works for locals). R60 for a half hour drop in on the way to Cape Point just doesn’t fly!”

“Share the beach with 2 penguins. Boulders beach is beautiful but after 10am becomes completely overcrowded. Then you are lucky to be able to see any sea or sand.”

“There are just too many tourists to enjoy Boulders Beach. Yes, the penguins are there. Yes, you can see them very close. But there are literally hordes of tourists. If I had known it was like that, I would have skipped it. Even though the penguins are in the wild, it feels more like a zoo.”

“Paying R160 to see 20 penguins is not my idea of a great time. First we went to an empty beach because the inept staff at the second entrance chose not to inform us about the right place to go. After wandering about and taking some wrong stairs, we resorted to going back to the entrance for our money back. After refusing the refund, only then were we informed that there was another viewing point. Along the boardwalk we happened to notice nesting penguins in the bush – again you would think that this would be a great bit of info to give your guests. Once we found this out by accident, the kids had great fun spotting penguins in the undergrowth. Finally arriving at the right place, we were greeted by bus loads of tourists and not enough of a viewing deck to accommodate them. Then we found out that during the day, until around 3pm, most of the alleged 3000 penguins that supposedly live at Boulders are usually out to sea hunting. Mmmmm, all this would be really good to know before they greedily take their money. It is simply not worth the price. Foreign tourists who don’t get to see many penguins and are spending dollars and pounds probably won’t mind though. Here’s an idea…how about special prices for locals?”

“We visited this tiny beach January 2014. It was overcrowded and small with many people harassing the penguins. There is an entrance fee and the staff were very rude. Outside the park is a better viewing area with views.”

“Somehow it seemed that penguins were collected and kept here – too may visitors – a crowd – to see a few penguins did not seem worth the effort- frankly seeing them in the Waterfront Aquarium was probably better.”

“Unless you really, really can’t go on another day without seeing an “African” penguin, I would save your rands. We were processed and pushed through turnstiles along with a busload of Japanese tourists and probably spent less than 10 min looking at a colony of penguins that appeared to be petrified by all the commotion. Not worth the time nor money, in my opinion.”

No penguins. No sand. No sea.

A rare photograph of actual penguins at Boulders Penguin colony.