My first selfie – way ahead of the pack

Let me begin by saying I am not big on selfies. I forget to smile,  I look at the camera, and they’re not important enough to bother mastering them. However, trawling through old photos the other day I came across an album showing quite clearly that I was taking selfies before they even had a name. Before smartphones. These photos haven’t been altered in any way – not bad considering how few pixels phone cameras had back then.

I had just got a new phone and I think it was my first with a camera. I went away for a weekend alone so I played. It was a weekend of R&R from a stressful working life so wine and walks on the beach were the order of the day. My cottage was on the beach so in the morning I’d make a cup of coffee and walk on the beach with my coffee – how cool is that? The year was 2008. The location was a tiny village on the West Coast called Dwarskersbos which translates into across candle bush but means a candle-bush being blown over by wind.

It was peaceful, it was cold, I came home relaxed.

Nothing beats having a long beach all to yourself.

I still have most of these. 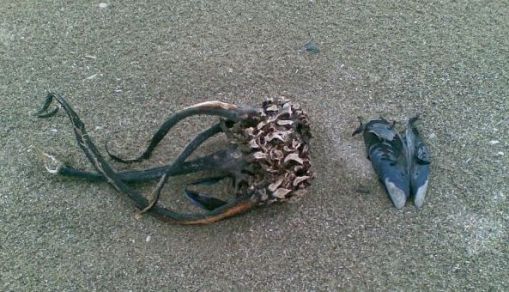 I suppose this could be called a sneaky shelfie

Posted in And beyond