Nelson Mandela – RIP, and thank you! 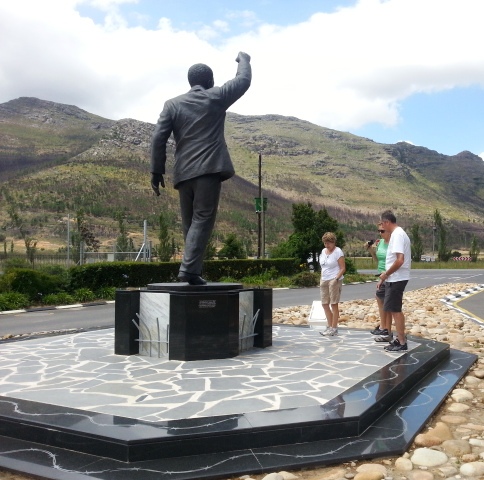 It’s 2 in the morning and I am obsessively reading online tributes pouring in from around the world for Nelson Mandela who died just a few hours ago at the age of 95, at his home surrounded by his family.

Wherever you go in South Africa you can’t avoid reminders of this great iconic man. We’re immensely proud of him and in his death we are united in sadness and memories of his smile, his dance moves and what he meant to this country – peace and forgiveness. He was not a saint, did not want to be perceived as such, and there are many, like myself, who disagreed in part with some of his decisions post-apartheid. Be that as it may, he stood higher than most men ever will or ever have and as one friend put it, he lived his life to the complete fulfillment of his destiny – not something one can say about many humans, ever. He was put on a pedestal but he lived up to it.

Many ordinary people were lucky to have met him but I never did. The closest I’ve come to standing next to him is my regular visits to his cell on Robben Island where he was incarcerated for 18 years of his prison sentence, and also the prison gates in Paarl from which he walked as a free man (top photo). Incidentally, one of his nicknames is Tata, an isiXhosa word meaning ‘father’ – my siblings called me Tata when they were young.

We were prepared for his death and we expected a huge reaction from around the world but the reality is still very emotional. I’ve even received email condolences from several clients overseas. Strange how we in South Africa have been his biggest critics and yet we feel the pain as if someone in our own family has left us.

In typical South African fashion we are crying and also singing and dancing, because that’s what we do here. Two of my favourite tweets I’ve seen are: “We must not mourn his passing but must rather celebrate his life” and this one: “Anyone who doesn’t know us in SA would look at our singing/dancing and assume we’re happy he died. Truth is, we’re just happy he lived”.

So, as trite as my words are, this is my little tribute to one of the greatest statesmen who ever lived and whom we are proud beyond measure to count as a South African.

Here’s one of my favourite Mandela quotes. It’s been pinned on my wall for several years in the hope that it’ll inspire me:

“There is no personal misfortune that one cannot turn into a personal triumph if one has the iron will and the necessary skills.” 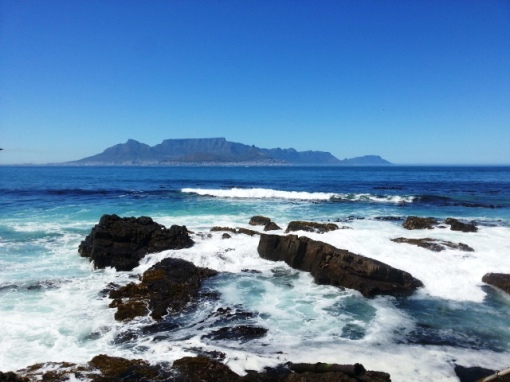 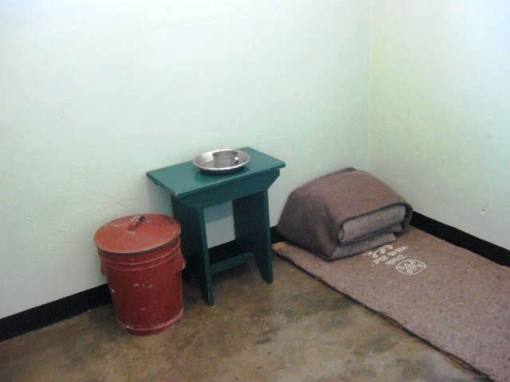 Mandela’s cell as it looks now. It’s a great pity it isn’t more representative of how he ‘furnished’ it and lived in it – he had many books, a desk, pictures on the walls, and later a simple bed. 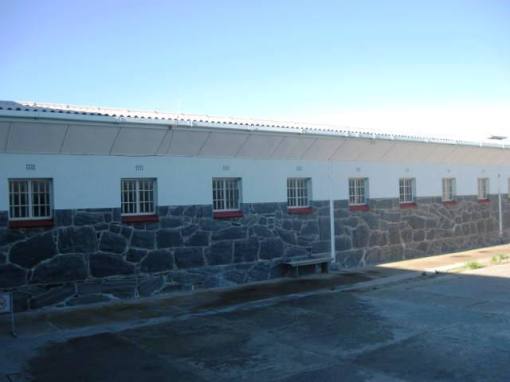 Mandela’s cell block from the quadrangle. 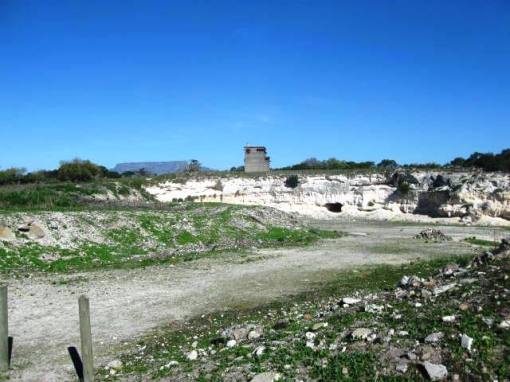 The lime quarry where the prisoners laboured under the hot sun and where Mandela contracted the lung disease that finally contributed to his death. The cave at the back is where he and other prisoners held secret meetings and took refuge from the sun. There is a pile of stones to the right in front of the quarry which was created by ex-prisoners when they returned after 1994 for a reunion. Each person placed a stone in symbolism of their freedom. 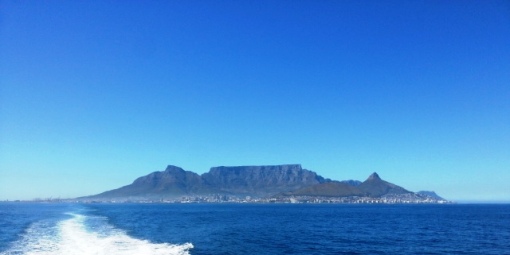 The ferry ride to the island can be very choppy at times but this photo was taken two weeks ago when it was a very hot and still day and we were able to stand outside and enjoy the ride and the view.

(I couldn’t bring myself to finish this last night hence it is dated the 6th, the day after Madiba passed away)

Posted in And beyond, Cape Town

2 responses to “Nelson Mandela – RIP, and thank you!”