These trees are stuck in an autumn time warp.
Note the boat at the back of the pond, it’s full of water.

I finally made the effort to check out Wynberg Park today with the 4 legged wonder. She loved it, boy oh boy, so many new smells and so many things to chase … geese, ducks, some sort of heron or ibus, and hadedahs of course. And several ponds and mud to cancel out yesterday’s bath. And big lawns – she goes nuts in open space because she can run far without losing sight of me. She exhausted herself chasing the various birds, it’s so easy to please this dog.

There was a gardening crew and I could see they’ve been clearing and cutting and carrying out various gardening activities but I would have preferred to see litter clean-up – in the thick bushes that form a cover with overhang there are plastic bottles and broken glass and tissues and condom wrappers. And this drum in one of the ponds. I can accept that litter in the bushes can’t be collected all the time but that drum?

At one point a white rabbit ran past us (Vida didn’t see it). I felt like Alice for a moment but it was gone before I could follow it. A few seconds later, as we turned a corner, there was another one lying on the path. Vida had never seen one before so she was fascinated. It had died very recently and I was stroking it and wondering what to do when a woman and a security guard came strolling along. She told me the rabbit had been sick lately, picked it up in her arms and off she went with the guard. 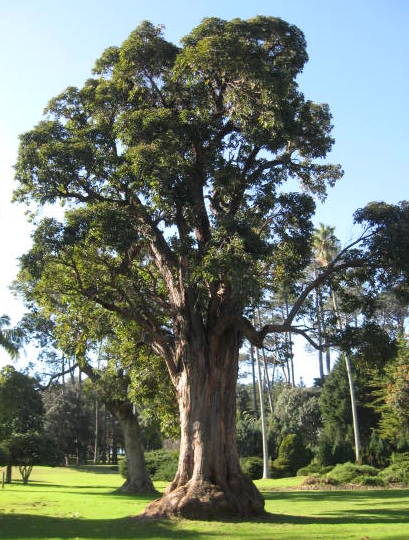 There are beautiful trees in the park

This 22 hectare park used to be called the King Edward Park to commemorate the Coronation of Edward VII. I think it  should be called the Williams Park because the land grant was made possible back in 1902 by William Horne, a Wynberg resident and William Morom, a local councillor.

Four pics today to make up for the last few days, okay?